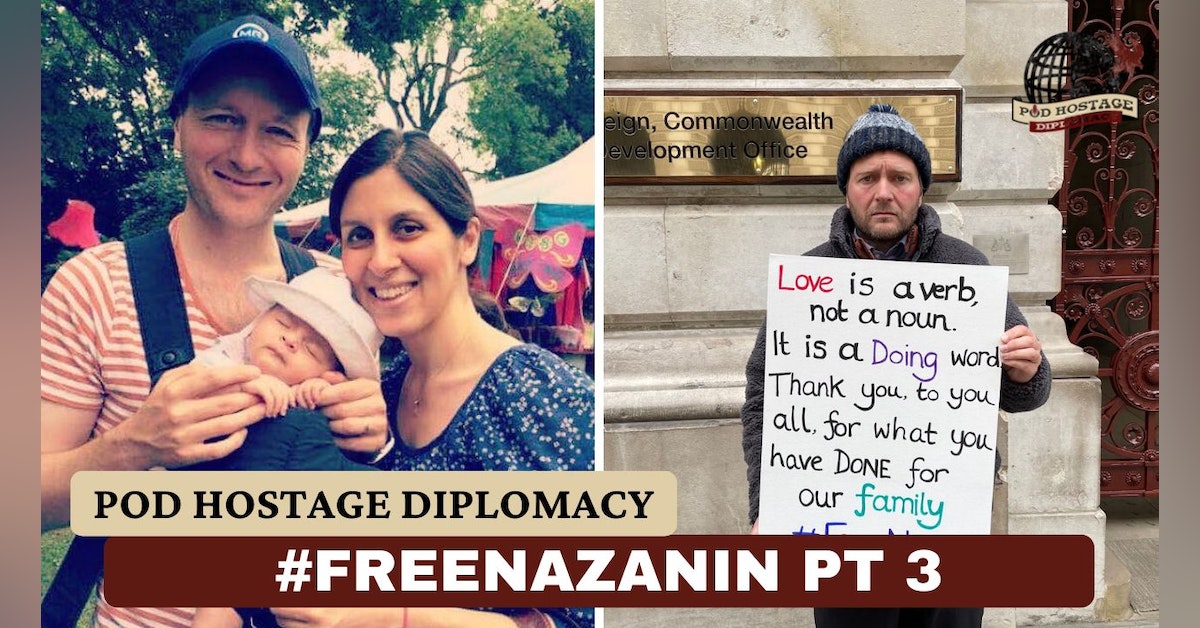 This past Saturday, Richard Ratcliffe ended his hunger strike outside the UK Foreign Office after 21 days. His wife, Nazanin Zaghari-Ratcliffe has been held hostage in Iran since 3 April 2016 and the British government has not done enough to free Nazanin and bring her back home to London. Richard had 4 demands for British Prime Minister Boris Johnson.

This week, we speak to Richard Ratcliffe himself to find out how he’s recovering, his thoughts on the recent debates in the Houses of Parliament regarding freeing his wife as well as what’s next for the Free Nazanin campaign. We also hear from Washington Post reporter and former hostage in Iran, Jason Rezaian on his experience working with Richard Ratcliffe.