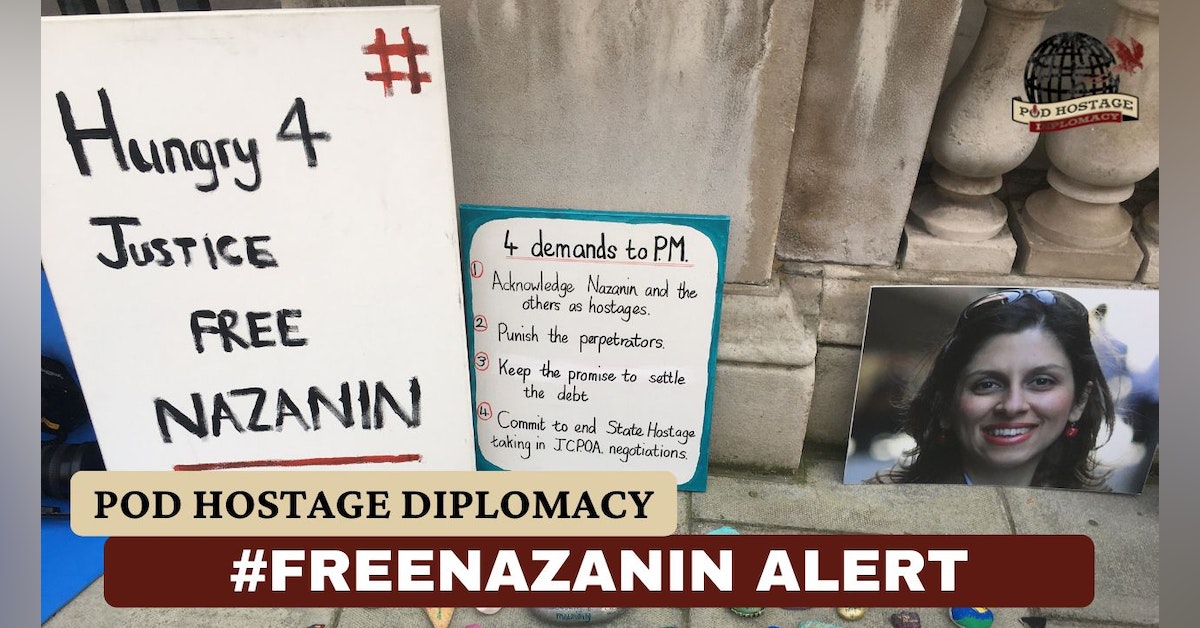 British citizen, Nazanin Zaghari-Ratcliffe has been held hostage in Iran by the Iranian Islamic Revolutionary Guard Corps since 3 April 2016. Two former UK Foreign Secretaries and the current Chair of the Foreign Affairs Committee have all called Nazanin a hostage. She is being held by the Iranian regime to extract concessions from the British government. This is hostage diplomacy.

It’s been over five and a half years since Nazanin was taken hostage and the British government have yet to free her and bring her home to her husband and seven year old daughter in London. Today, Richard Ratcliffe, Nazanin’s husband started a hunger strike next to 10 Downing Street and has four demands for Prime Minister Boris Johnson.

We speak to Richard Ratcliffe to find out what his demands are, the difference between this hunger strike and his last one in front of the Iranian Embassy in London in 2019, doctors that will be watching over him, precautions he will be taking as a result of the pandemic, his seven year old daughter’s response to his hunger strike as well as what Prime Minister Boris Johnson, Members of Parliament, journalists and the public can do to help.

This is the second time we’re speaking to Richard Ratcliffe. He was our first ever guest and we discussed Nazanin’s case at length. To find out more about Nazanin, you can listen to our previous episode titled, ‘Free Nazanin, British hostage in Iran’ published on 1 September 2021.