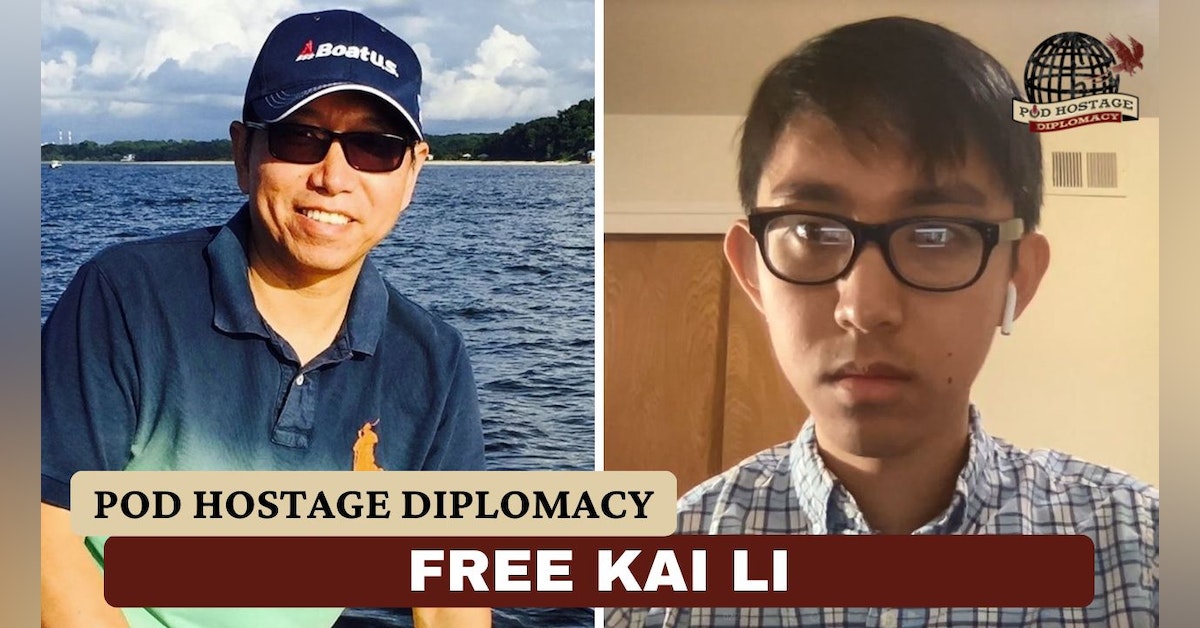 American citizen, Kai Li from New York has been wrongfully imprisoned in China since September 2016. The U.S. government has classified Kai as being “wrongfully detained” and the United Nations Working Group on Arbitrary Detention has called for Kai’s immediate release.

A few days ago, Kai’s father passed away in China as a result of the surge in COVID19 cases in the country. Chinese authorities have also imposed restrictions within its prisons due to the pandemic that have significantly affected Kai including his ability to communicate with the U.S. Embassy in China and his family.

On this episode, we speak once again to Kai’s son, Harrison Li to get an update on what has happened since we spoke to him nine months ago. Harrison talks about the death of his grandfather, his limited communications with his father, how he’s coping with this trauma while studying for his PhD as well as what the Chinese and U.S. governments need to do better. We end this episode discussing why Harrison and his family would like to have a meeting with President Biden as well as what journalists and the public can do to help bring Kai Li home.

For more information on Kai Li, please check out the following: