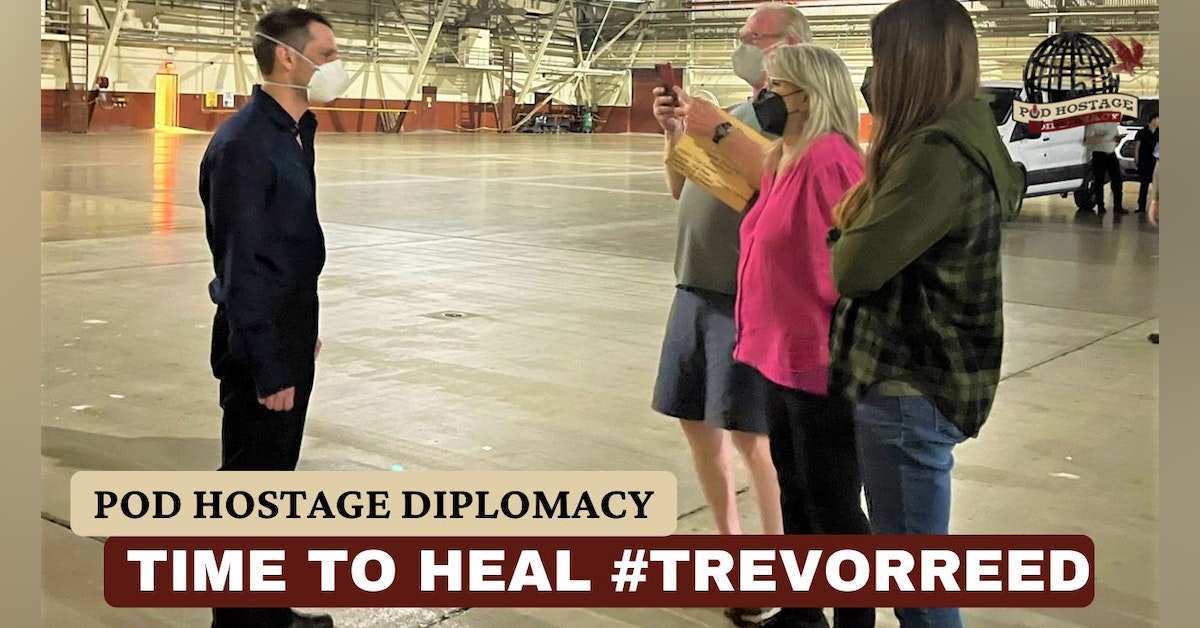 Three weeks ago on 27th April, Trevor Reed was freed in a prisoner swap deal between the United States and Russia. Trevor is an American citizen and former US Marine who was wrongfully imprisoned in Russia since 16 August 2019.

On this episode, we’ll hear from Trevor’s father, Joey Reed on what it was like seeing Trevor being released, how they’re doing now, what’s next for the Reed family and what should President Biden do to bring the other Americans held hostage or wrongfully detained abroad home.

There are very few people in the world who truly understand what it’s like to be in Trevor’s shoes right now. The ones that do tend to be former hostages as well. On this episode, we’ll hear messages for Trevor from former hostages – Michael White, Michael Scott Moore and Sam Goodwin. They give Trevor some good advice based on their own experience.

Trevor was not the only American and former US Marine wrongfully imprisoned in Russia. Paul Whelan has been held in Russia since December 2018. Unfortunately Paul was not included in this prisoner swap and was left behind. We’ll hear a message from Paul’s sister, Elizabeth Whelan for Trevor.

Finally, we end this episode talking about secondary trauma and how it affects campaigners like ourselves. For this reason, we’ll be taking a break to recharge and make some upgrades to our podcast. We’ll be back with our next episode on 3 August 2022. In the meantime, please do listen to all our previous episodes if you haven’t already. Thank you for listening to Pod Hostage Diplomacy.

For more information on Trevor Reed, please check out the following: