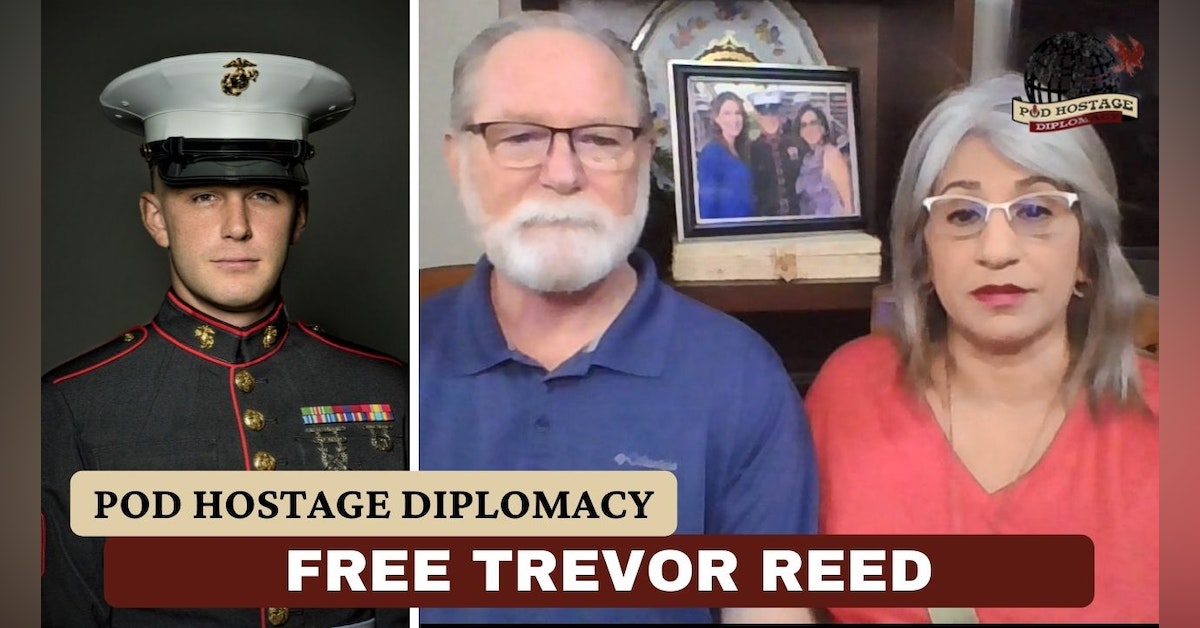 American citizen and former US Marine, Trevor Reed has been wrongfully imprisoned in Russia since 16 August 2019. President of the United States Joe Biden, US Secretary of State Antony Blinken and US Ambassador to Russia, John Sullivan have all called on Russia to release Trevor immediately and allow him to return home to his family in Texas. Both the US Senate and House of Representatives have passed bipartisan resolutions calling for Trevor’s immediate release.

Trevor’s parents believe that he is being held by the Russian government at the request of the Russian security agency, the FSB so he can be used as a bargaining chip to extract concessions from the United States. This would be hostage diplomacy.

We discuss the potential consequences to Trevor if Russia further invades Ukraine and how he’s recovering after contracting COVID-19 in prison. We also discuss what President Biden needs to do, their recent meeting with US National Security Advisor Jake Sullivan, how they’ve been coping, assistance the US government could potentially provide families of Americans held hostage or wrongfully detained overseas as well as how the US Marine Corps, journalists and the public can help bring Trevor home.

For more information on Trevor Reed, please check out the following: