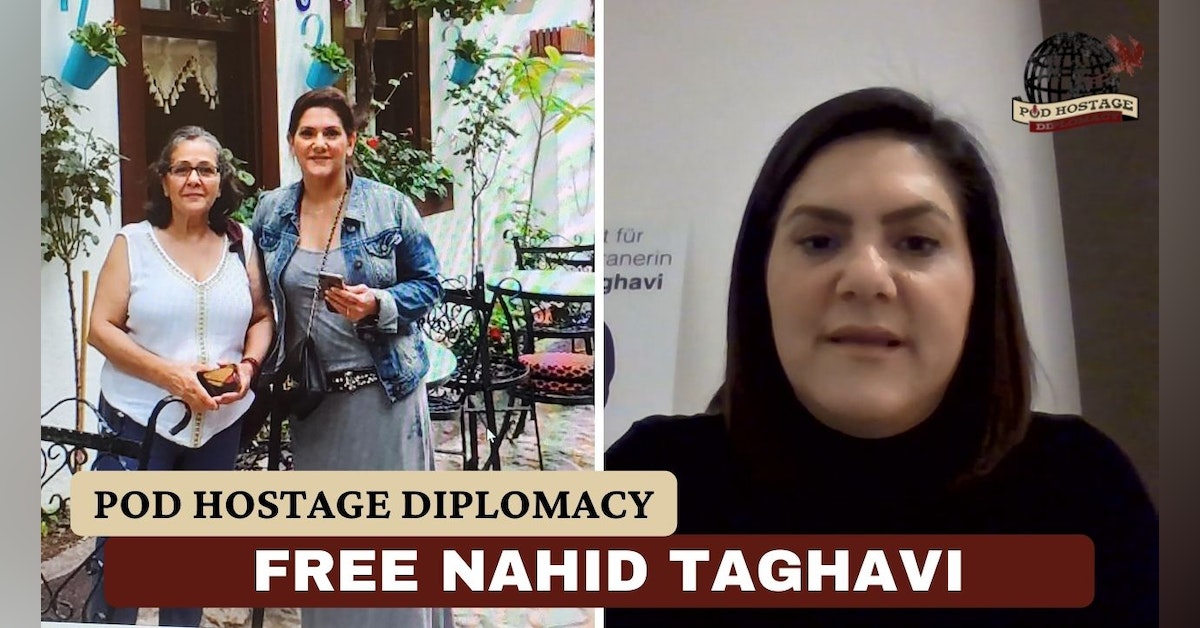 On 16 October 2020, 66 year old German citizen Nahid Taghavi decided to go for a walk near her apartment in Tehran. It was a week after she had surgery and Nahid had high blood pressure. Within moments, she was surrounded by 12 armed men from the Iranian Islamic Revolutionary Guard Corps also known as the IRGC. She was arrested and taken to the notorious Evin prison where she remains to this day.

The European Parliament has passed a resolution calling on Iran to drop all charges against Nahid Taghavi. Members of the German Bundestag from multiple political parties have stated that Nahid is unjustly detained and called for her release. Amnesty International has called Nahid Taghavi a prisoner of conscience. Nahid’s daughter believes she is being used as a bargaining chip by the IRGC to extract concessions from the German government. This would be hostage diplomacy.

We had the honour of interviewing Nahid’s daughter, Mariam Claren in October 2021. Since then there have been significant developments around the JCPOA Iran nuclear deal negotiations in Vienna where talks on the release of foreign nationals wrongfully imprisoned in Iran are taking place at the same time. The families of these innocent individuals are worried that their loved ones may be left behind.

On this episode, we speak once again to Mariam Claren. She talks about the possibility of her mother being released as part of the JCPOA deal, the possibility of her mother being left behind and how she’s been coping with this constant trauma. Mariam also tells us what the German government, the European Union, journalists and the public can do to help free Nahid Taghavi.

For more information on Nahid Taghavi, please check out the following: