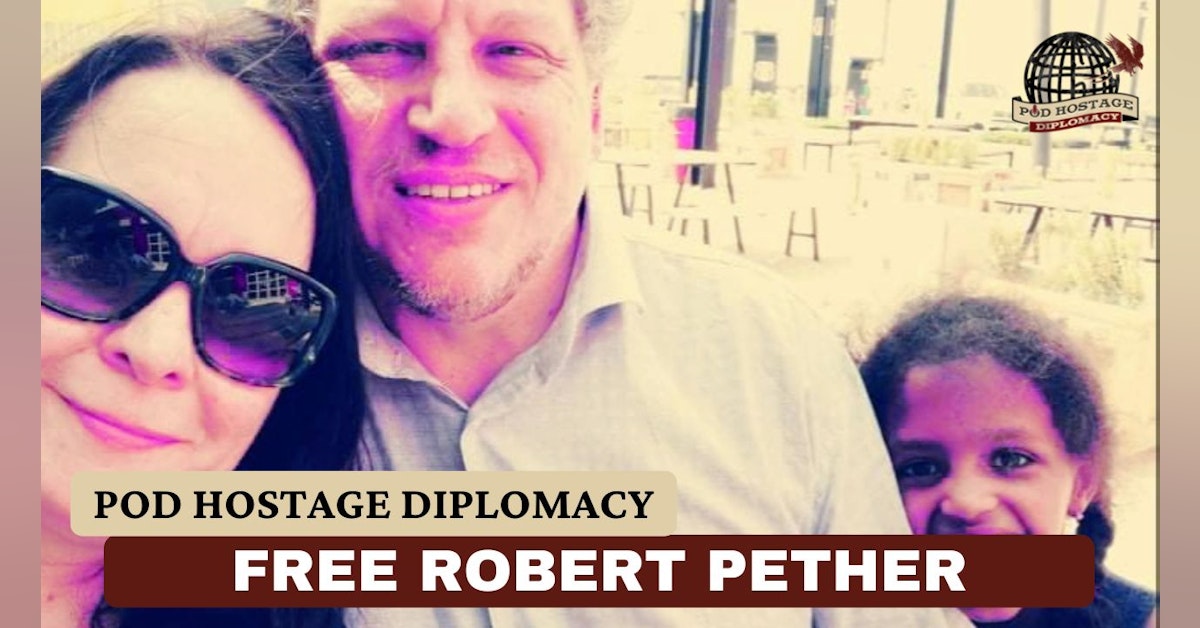 Australian citizen and Irish resident, Robert Pether has been wrongfully imprisoned in Iraq since 7 April 2021. He and his colleague, Khalid Radwan were both detained in Baghdad after they went to Iraq to resolve a business dispute between the Iraqi government and their Dubai-based employer, CME Consulting. CME Consulting which is an engineering firm was working on the new headquarters for the Central Bank of Iraq.

The project was hit by delays and increased costs due to the COVID pandemic and a dispute arose whereby the Iraqi government demanded the return of $12 million USD paid to CME Consulting. As a result of this dispute between the Iraqi government and CME Consulting – both Robert Pether and Khalid Radwan who work for the company - were detained and put in prison. In March this year, The United Nations Working Group on Arbitrary Detention stated that their detention is arbitrary and called for their immediate release.

We’ve interviewed Robert’s family twice before and since then Robert’s health has severely deteriorated. He recently underwent surgery which left him with a 15cm wound that became infected. To make matters even worse, the deadly unrest in Iraq has Robert’s family worried that any efforts to secure his release will be delayed.

On this episode we speak again to Robert’s wife, Desree Pether. She talks about Robert’s health, how he’s doing now, the recent call between the Australian and Iraqi Prime Ministers as well as the need for Australia’s Department of Foreign Affairs and Trade (DFAT) to create a special team dedicated to bringing Australians wrongfully detained abroad back home. Desree also tells us what the Iraqi and Australian governments need to do as well as how the public can help bring Robert home. We end the interview talking about Desree’s concerns with the current deadly unrest in Iraq and how this may affect Robert’s case.

For more information on Robert Pether, please check out the following: