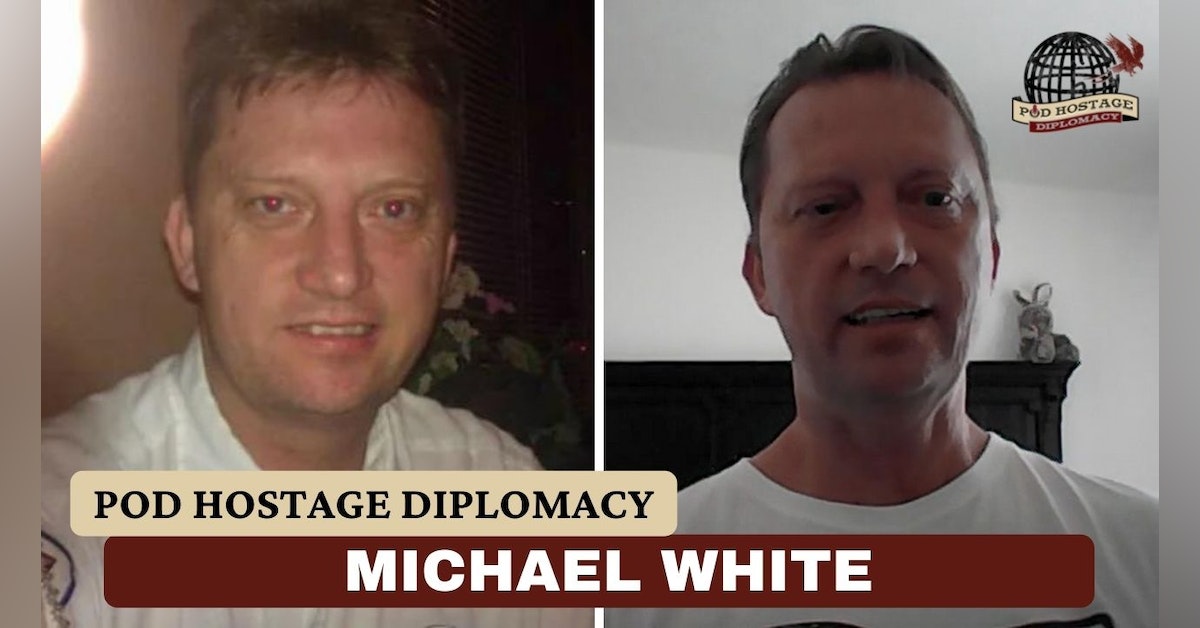 Michael White is an American citizen from Southern California. Michael served in the US Navy for 15 years and is one of 5 siblings, all of whom have served in the US Armed Forces. In 2012, Michael met his fiancé-to-be, Samaneh Abbasi on a Yahoo chatroom. He then travelled to Iran a total of three times to visit her. During Michael’s third trip to Iran in 2018, he was arrested by the Iranian authorities on false charges and wrongfully imprisoned for 683 days. In June 2020, Michael was released in a prisoner swap deal between the US and Iran.

On this week’s episode, we have the honour of speaking to Michael himself. He walks us through his arrest, being tortured in prison, being forced to write a false confession, being put through a sham trial and being sentenced to 15 years in prison on false charges, getting COVID19 in prison as a cancer survivor who was still recovering from the effects of his chemotherapy before visiting Iran, assistance from the Swiss Embassy, being granted medical furlough and eventually being released in a prisoner swap deal. Michael also talks about his depression and difficulty reintegrating into society after coming back to the United States which led him to think about taking his own life.

Michael is now suing the Iranian authorities for $1 Billion US Dollars to get compensation for what they did to him. We also discuss what the US government, news media and the public can do to prevent Iran from doing this again.

For more information on Michael White, please check out the following: