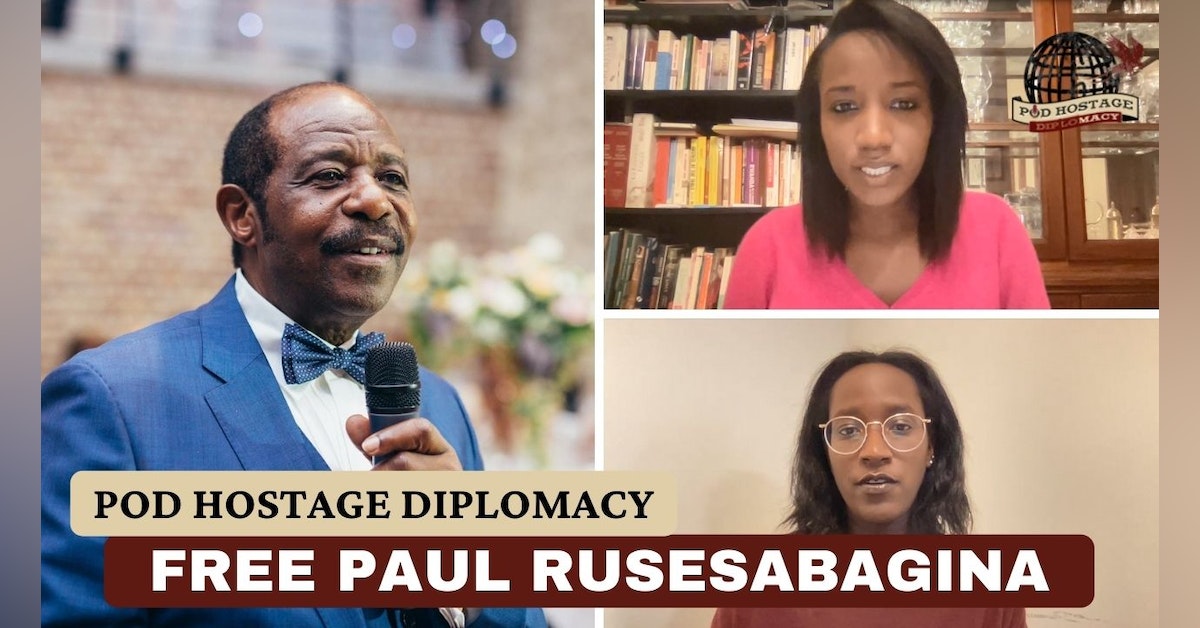 Paul Rusesabagina, a Belgian citizen and US permanent resident, is a recipient of the US Presidential Medal of Freedom. He has been credited with saving 1,200 lives during the Rwandan genocide in 1994. Paul’s acts of extraordinary courage inspired the Hollywood movie, Hotel Rwanda.

Paul left Rwanda in 1996 fearing for his safety, and later became increasingly critical of the Rwandan government’s human rights violations. He then founded an opposition political party called the Party of Democracy in Rwanda and in 2018 co-founded the Rwanda Movement for Democratic Change, a coalition of opposition groups. In August 2020, Paul Rusesabagina was kidnapped in Dubai and taken to Rwanda where he is detained to this day. The European Parliament and members of the US Congress from both parties have called for Paul’s immediate release.

On this episode, we speak to Paul’s daughters, Carine Kanimba and Anaise Kanimba to find out how we can help bring him home.

We discuss his kidnapping, the conditions of his detention, his unfair trial, Pegasus spyware found on Carine’s phone, assassination attempts, launching a public campaign to free their father, the guilt felt by Western countries for not intervening during the Rwandan genocide, how Carine and Anaise find the strength to overcome so much trauma as well as what the US, Belgium, European Parliament, Commonwealth, journalists and the public can do to free Paul Rusesabagina.

For more information on Paul Rusesabagina, please check out the following: