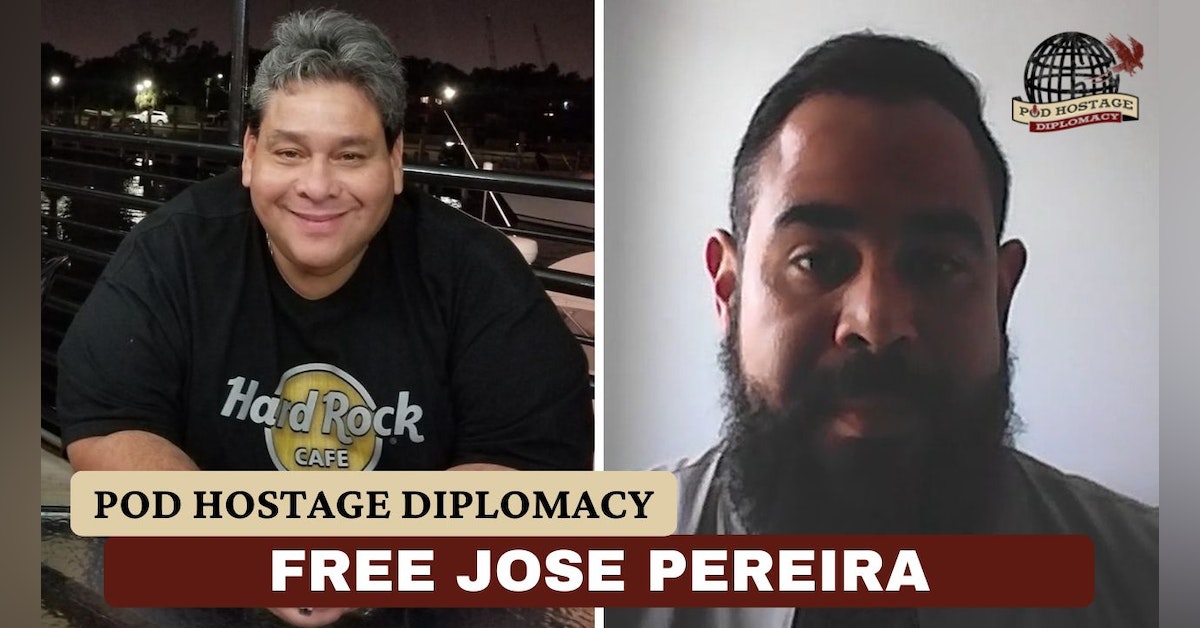 US permanent resident, Jose Pereira from Texas was former acting President and CEO of CITGO Petroleum. In November 2017 shortly before Thanksgiving, Jose was arrested in Caracas while he was there for a business meeting with five of his other American colleagues. Collectively, they’re known as the CITGO 6. The US government has stated they are unlawfully detained and called for their immediate release.

On this episode, we have the honour of speaking to Jose’s son, John Pereira. John talks to us about what happened to his father, the conditions of his detention, the unfair trial and the significant developments that have taken place in the last year including Jose’s heart attack in prison, a visit to Venezuela by US Special Presidential Envoy for Hostage Affairs Roger Carstens as well as the release of Gustavo Cardenas in March 2022. Gustavo was one of the CITGO 6 and is now thankfully back home in the US with his family.

John also talks to us about how he and family have been coping with this trauma, President Biden’s new Executive Order on Americans held hostage and wrongfully detained abroad as well as what CITGO Petroleum, the US government, journalists and the public can do to help bring Jose Pereira back home to Texas.

For more information on Jose Pereira, please check out the following: