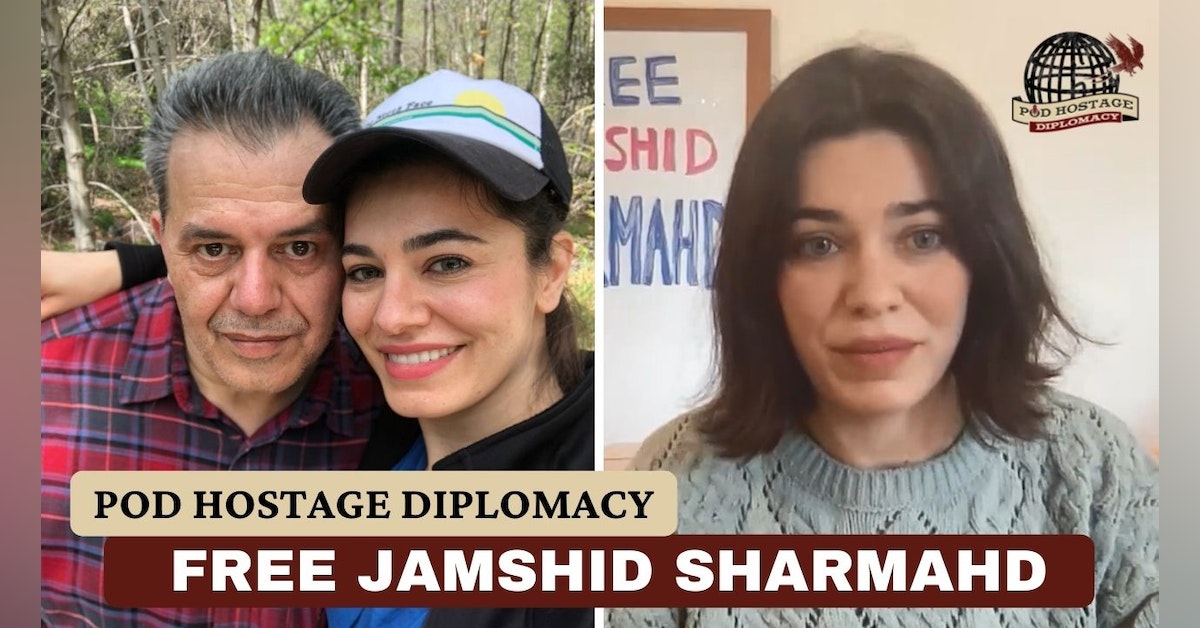 Jamshid Sharmahd is a German citizen and US resident. He and his family have lived in California for the last 17 years. In July 2020, Jamshid was kidnapped in Dubai by agents of Iran’s Ministry of Intelligence and taken to Iran where he is still being held today. The EU Parliament adopted a resolution in July 2021 urging Iran to immediately drop all charges against all arbitrarily detained EU nationals including Jamshid. Amnesty International has stated that he is being arbitrarily detained and has called for his immediate release. On this episode, we have the honour of speaking to Gazelle Sharmahd, Jamshid’s daughter.

Gazelle talks about what happened to her father, his serious health issues, not knowing how he is doing as Jamshid hasn’t been allowed to contact his family, Iran’s notoriously unfair and rigged judicial system, her father’s background, previous assassination attempts as well as how this ongoing trauma has impacted her family. We also discuss the support the Sharmahd family has received from the German and US governments to date, what these governments need to do better to bring Jamshid home, the JCPOA Iran nuclear deal negotiations currently taking place in Vienna, her open letter to US President Biden with other American hostage families as well as how journalists and members of the public can help.

For more information on Jamshid Sharmahd, please check out the following: