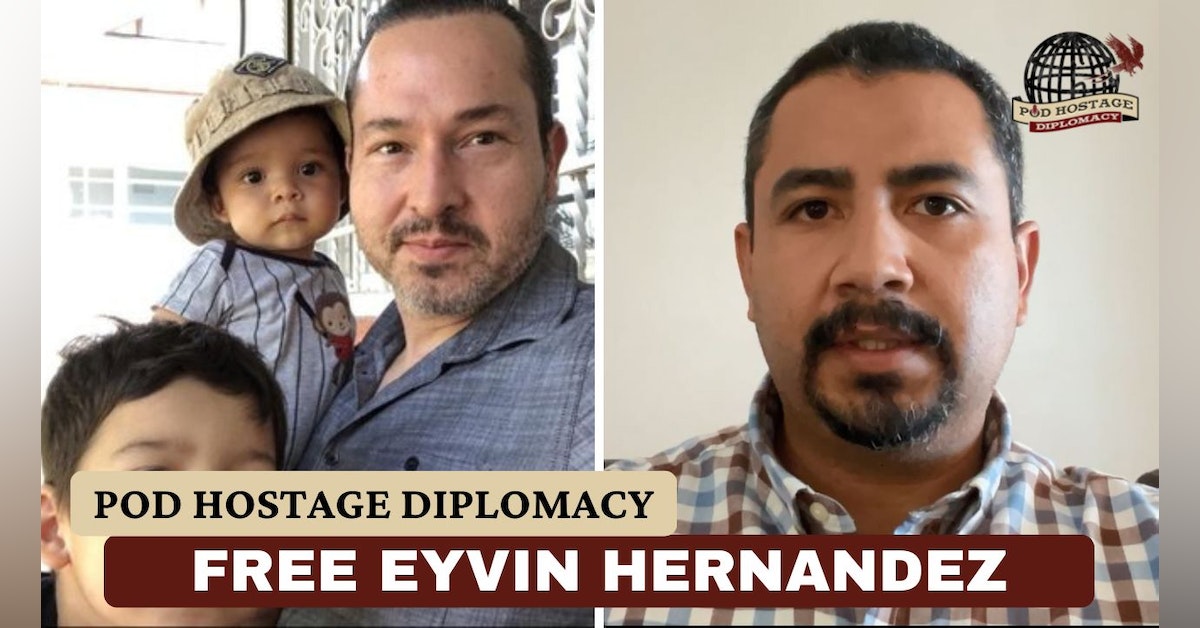 Last month on 1st October, seven innocent Americans who were wrongfully imprisoned in Venezuela were released in a prisoner swap between the US and Venezuela. Eyvin Hernandez, an innocent American citizen who works for the Los Angeles County Public Defender’s Office was left behind. He has been held in Venezuela since March this year. The US government has classified Eyvin as wrongfully detained.

On this episode, we have the honour of speaking to Eyvin’s brother, Henry Martinez. Henry walks us through what happened to Eyvin including his disappearance while he was on holiday in Colombia and how his family eventually found out that he was being held in prison in Venezuela, the conditions of his detention, the last time Henry spoke to Eyvin, how the family have been coping with this trauma and what it was like to be left behind in last month’s prisoner swap.

We also discuss what the Venezuelan government should do, what the US government should do better including current issues with the US State Department’s process for classifying Americans held abroad as wrongfully detained as well as what journalists and the public can do to help bring Eyvin home.

For more information on Eyvin Hernandez, please check out the following: