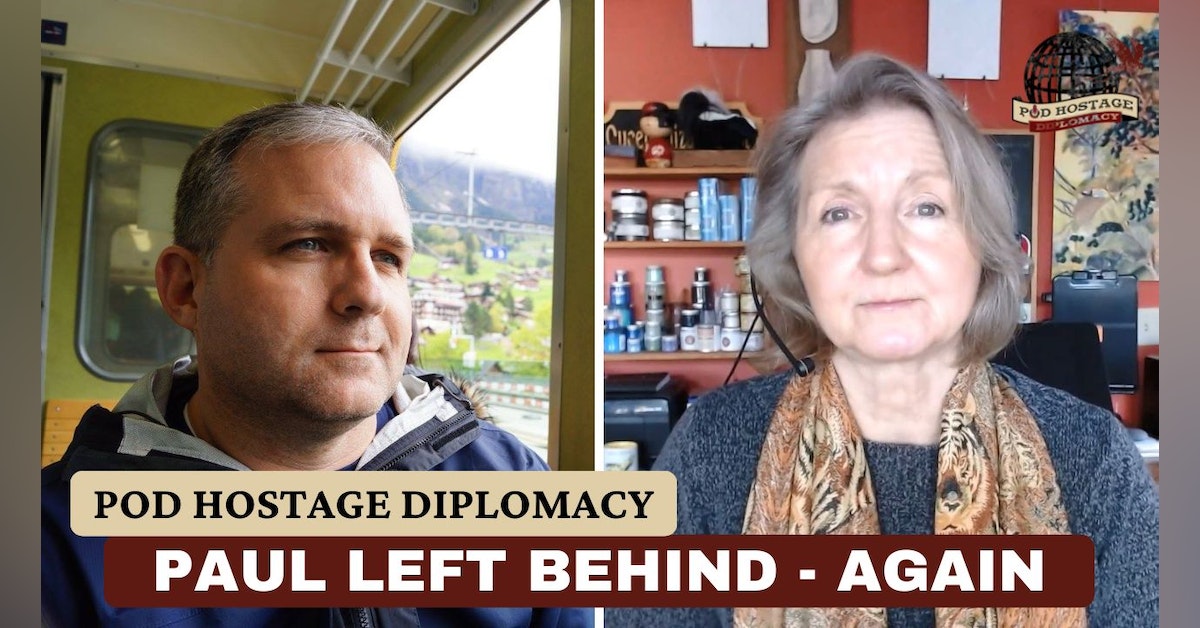 On 8th December 2022, American citizen and WNBA athlete Brittney Griner was freed in a prisoner swap between the United States and Russia. Unfortunately, American citizen and Marine veteran Paul Whelan also held in Russia was left behind – again. The U.S. State Department classified both Brittney and Paul as “wrongfully detained”. Next week will mark four years since Paul was arrested and wrongfully imprisoned in Russia.

On this episode, we speak again to Paul’s sister, Elizabeth Whelan to find out what it was like for Paul and the Whelan family to be left behind again. We also discuss the U.S. politicians who only started to mention Paul’s name publicly after Brittney Griner’s release for the purpose of criticising the Biden administration and how this division within U.S. domestic politics plays into the hands of Russian President Vladimir Putin.

In addition to being a U.S. citizen, Paul Whelan is also a citizen of Great Britain, Canada and Ireland. We discuss with Elizabeth Whelan what the Russian, American, British, Canadian and Irish governments should do as well as what journalists and the public can do to help bring Paul Whelan home.

For more information on Paul Whelan, please check out the following: